The study of society, its institutions and processes, its history and its economy play a critical role in the shaping of that society and its intellectual contours. Social science research is expected to enhance understanding of society and its functioning; track, document and initiate change; provide inputs for public policies; and generate ideas and knowledge that could be used for teaching at various levels of education.Social science research when disseminated widely provides the basis for public discourse that is critical to the civilizational development of society and its intellectual life. Romila Thapar succinctly and cogently discussed the disappearance of the 'Public Intellectual' in India. The relationship between society, economy and politics, and between academic and public matters, across political and ideological spectrums needs to be reestablished. Academic publications and periodicals are the means by which social science is disseminated and reaches policy circles and the public intellectual space. Unfortunately, even a cursory review will reveal that the growth of social science journals in India has not met increasing expectations. As was pointed out by Indian Council of Social Science Research (ICSSR), most publications are in journals of sociology (including social work and anthropology), economics and psychology. A large majority of these publications are not peer-reviewed products. In consequence, these have neither contributed to the overall quality of social science dissemination, nor to the cogitation and dialogue that such research should prompt.

Quite clearly there is a need for creating spaces for vibrant discussion and debates. A journal welcoming thought-provoking, well-researched and argued perspectives is the need of the hour. The proposed Journal of Public Affairs and Change (JPAC) seeks to address the challenge of creating a space for public debate on issues of critical importance in a rapidly transforming society and democratic space.

The journal aims to provide researchers and the academe a forum to develop a body of knowledge on public affairs. Public affairs in this context is a term used to describe the intersection of government, politics, people, business and media. The scope of public affairs includes, but is not limited to, public policy (including sector specific policies), public administration and management, human security, international political economy, social and political sciences, economics, public relations, media, communications and cultural studies, psychology, anthropology, geography, interface between technology and politics, literature and law. Situating public affairs in the context of change is imperative. India is in the throes of unprecedented social, economic and cultural turbulence which is nudging public institutions, processes and practices.

The proposed journal will publish peer-reviewed articles, reviews, case studies, viewpoints and research results from practitioners of all grades and professions, academics, and other specialists. It will encompass a broad range of theoretical, empirical and methodological topics.

To begin with JPAC is being envisaged as an open access online journal, published twice a year. It will make full use of the internet technologies including social media to distribute the issues and their content and also to enable the easy submission and processing of contributions. With a core working group that will include young scholars, the journal is supported by a number of consulting editors drawn from various disciplines.

Journal of Public Affairs and Change is jointly published by eSocialSciences and Forum for Research on Civic Affairs, Mumbai. 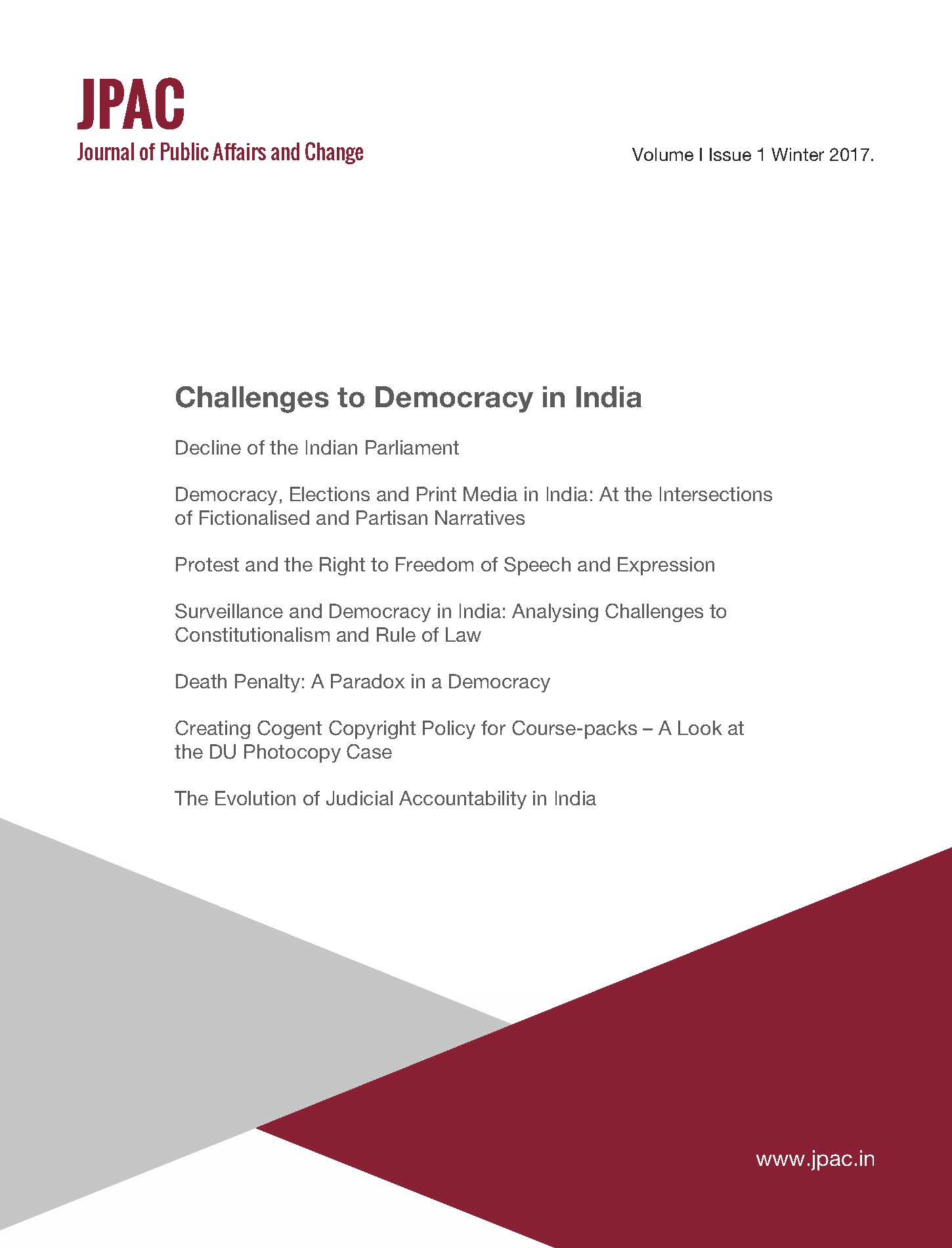 Is the Welfare State in Crisis?

The study of society, its institutions and processes, its history and its economy play a critical role in the shaping of that society and its intellectual contours.

Journal of Public Affairs and Change